Mr Vikas Bhatia, the founder of MERD India Foundation, is also a parent who lost his children to a rare disease that went undiagnosed until the death of his third child. In his futile attempts to save his three children, he educated himself on everything he could lay his hands on to, from the types of rare disorders to how it occurs and how such children could probably be saved. In this process, he acquainted himself with Newborn screening and its necessity to the nation. He shares with us his life experience of how he went through the trauma of losing all his three children without being able to do much for various reasons.

When spoken about his motivation in braving to start a foundation to help such parents, he only had to say that he wanted to help people and save lives. In his experience of understanding rare disorders, he had learnt that if not all, some of the rare disorders were indeed treatable and hence wanted to create awareness and help families that have children with rare disorders. In the following section of his interview with us, he sheds light on why parents, in general, are hesitant to open themselves to other people.

Starting a foundation to help parents with kids of rare disorders was not more so a challenge for Mr Bhatia but rather, the inability of his family and friends to comprehend his drive to help people was. But over time, he recalls the transformation of opinions from family and friends as his foundation rose to fame over time helping many families.

Throughout his journey as a facilitator for helpless families, he just has this message to all the parents of children with rare disorders.

“They are a boon. Do not see them as a burden. Nurture them with the best you can.”

Mr Bhatia works with one vision while he is at it in constantly supporting affected families. 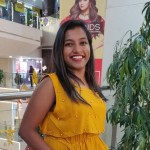 Lumps in the Breast

Why Every Parent Must Consider Genetic Counselling