Antibiotic resistance is conferred to bacteria due to various mechanisms. The genes present in bacteria are responsible for the development of such mechanisms. These antibiotic-resistant genes may be a result of genetic mutations i.e., changes in the sequence of DNA that get inherited. Another method is by the physical transfer or passing of these genes from one bacteria to another through a process called Horizontal Gene Transfer (HGT). The latter may occur in the same species and sometimes across species.

Studying such mechanisms used by bacteria for antibiotic resistance gives us an insight into what causes their evolution — both, the hostile environment that drives it, and the adaptations that are selected for, in the course of evolution.

Which came before – the antibiotic or the resistance?

Initially, researchers only noticed antibiotic resistance in patients who were treated with antibiotics. But, on the other hand, the presence of horizontal gene transfer told a different story – antibiotic-resistant genes may have existed even before the discovery and widespread use of specific antibiotics. For example, in 1940, Abraham and Chain discovered penicillinase, an enzyme produced by bacteria that can destroy penicillin. Penicillin is an antibiotic whose large-scale production for commercial use started after 1943, during the second world war. The existence of penicillinase in the environment before the widespread use of antibiotic penicillin sheds light on the possibility of naturally occurring resistance genes without the use of antibiotics in the first place.

It is believed that antibiotic resistance in bacteria evolved as a defensive mechanism to protect themselves from toxins produced from other microbes. If microbes produce antibiotics, other microbes must have defence mechanisms in place to guard themselves. The ability to defend would then be stored as genetic information, integrated into the species and subspecies that survive.

How do humans influence antibiotic resistance?

Human activity has led to a significant increase in pressure on bacterial populations to evolve into more efficient forms.  Humans use biocides (chemicals that kill living organisms especially microbes) in their daily life ranging from handwash, cosmetic products, detergents and extended use in agriculture and poultry farming. Exposure to antibiotics and biocides kill non-resistant bacteria without affecting resistant bacteria. Thus, the resistant bacteria increase in number and continue to infect humans and other living beings. The current surge in biocides usage can fasten the process of antimicrobial resistance. In light of the ongoing pandemic, an undeniable rise in the use of biocides can be a major driving force in antimicrobial resistance. While sanitisers and disinfectants are unavoidable, there are certain products that are commercially sold on a large scale preying on the present need to be extra safe.

Being wary of using only what is ‘needed’ and what is not, in the usage of biocides can go a long way to prevent fuelling AMR further.

Our role in antibiotic resistance continues to evolve

Antibiotics are not mere commodities in medicine. Without them, the quality of current healthcare would likely relapse into the pre-antibiotic era. The financial and clinical burden of antibiotic resistance is heavy on public health and welfare. We are in the midst of constant war. Combating AMR by doing our part – as the public, the healthcare system, the policymakers, and the scientists – is key. 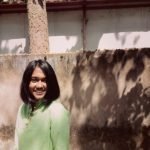 Namrata loves diving into the history of science, create dialogues on real-world problems and firmly believes that science is political. She wants to question socioeconomic inequality and bias that withholds scientific benefits from people needing it,  enabling masses to make informed choices and lead better lives. She loves cats and researching the ecology and evolution of diseases. I am a masters student at the University of Hyderabad. I am a sophophile and a painter who loves to be surrounded by books. I like to tell and listen to vivid stories. I think the wisdom of science should pervade through the masses. To realize the potential of the concepts and knowledge of science to its fullest, it should reach the grass-root level of society. I feel science communication can aid the development of a scientific perspective in people. I entered the field of science communication to contribute my small share in doing the same.