Dr Sudeshna Boro Saikia, hailing from Golaghat in Assam, studies the unique features of the Sun-like stars and what makes a planet habitable.

For as long as civilization has existed, human beings have looked upon the cosmos with wonderment. Over time, our questions about the cosmos have evolved to consider our little place in the universe. Truly, why is  Earth special? It is the only planet we know that harbours life.

Scientists are trying to figure out properties that make Earth habitable. One such astrophysicist, Dr Sudeshna Boro Saikia, is studying the atmospheric conditions for habitability. Currently, at the Institute for Astrophysics (IAU) in Vienna, she studies space weather to uncover clues to this question.

The exploration started with her PhD research. Sudeshna described her work on ‘stellar magnetic cycles’ at the Georg August University of Göttingen. What is a stellar magnetic cycle? Stars are largely made of gas and plasma that constantly move to create a magnetic field. The magnetic field of a star often changes polarity in cycles! These polarity changes are accompanied by violent storms and volatile activity in the stars. This is true for our Sun too!

Every 11 years or so, the magnetic field flips and the North and South poles of the Sun switch. These changes on the Sun’s surface have an effect on the Earth too. Volatile activity on the Sun’s surface may cause disruptions to electrical grids and radio on Earth and damage satellites, limiting their lifetime. They can also mean exposure to harmful radiation for the astronauts in space. By studying the solar cycles, we can forecast disruptions in time and safeguard satellites and astronauts in space.

Sudeshna worked on detecting the magnetic cycle of stars similar to our Sun, with a focus on the effect of the rotation of a star. Using complex techniques in astrophysics, Sudeshna and her team were the first to detect a sun-like magnetic cycle in 61 CygA, a dimmer and smaller Sun-like star, with a cycle that lasts 7 years.

How did the fascination with science come to occur in Sudeshna’s life?

When Sudeshna was around seven, a local boy from her town went to Trinity College, University of Cambridge, to study mathematics. When he returned with the distinction of Wrangler (the highest honour for undergraduates with a Mathematics degree from Cambridge), he drew a large crowd at the local auditorium for his talk. Sudeshna was in the audience that day. Today, Dr Anupam Saikia is a Professor of Mathematics at IIT Guwahati.

Sudeshna recalls that it was a rather inspirational moment for her. Someone from her town achieving the highest honours from Cambridge helped her believe that she could follow the same path too. The adulation and praises from the crowd also helped!

Fortunately for her, Sudeshna was always surrounded by science and STEM. Since both of her parents were academics, she was surrounded by books on science right from childhood. She remembers reading about the Special Theory of Relativity and time travel in an Assamese book for the first time. Prof. J. Narliker’s books further caught her eye.

Sudeshna recalls an annual mobile book fair where they could find all kinds of books. She could get her hands on international publications, publications from the Soviet Union and Assamese science magazines, to feed her curiosity.

A turning point for her was obtaining access to Google in its infancy, in the late 90s and early 2000s. A new world of knowledge had opened up for her! Although the local language magazines evoked curiosity, they would leave unanswered questions. She remembers calling up the publisher to find out more about the European Space Agency and was directed towards Google. Soon after, she would frequent cyber cafes and look for answers to her queries. Sudeshna mentions, “When I found that I could find information about anything, I was overjoyed!”

Sudeshna acknowledges that she is uncommonly privileged. “I have been particularly lucky to find amazing and helpful mentors, right from my early days”. She recalls one of the largest influences in her was a professor at Glasgow who helped her apply for PhD positions during her master’s.

With time, her interests grew and she moved from studying stellar magnetic cycles to searching for clues on what makes a planet habitable. Her focus shifted to stellar winds and space weather. Stellar winds are a high-speed flow of material ejected from the stars. Consisting of a wide variety of materials, these winds are complex phenomena and not yet understood.  Stellar winds are often studied using advanced computational techniques and sophisticated telescopes. Sudeshna also studies UV radiation; a heavy contributor to atmospheric loss. In the upper planetary atmosphere, high energy UV photons help atmospheric molecules escape more easily. Her experience in multi-wavelength physics as well as the skills she picked up during her PhD serve her well in her quest for her answers today.

Sudeshna is a part of multiple working groups for young researchers at IAU. One of these is building a platform for young researchers to unite. Reading stories about Marie Curie revealed sociological impacts of gender identity to Sudeshna. Her identity as a woman researcher remains important to her. She advises young women researchers to overcome inhibitions towards networking. She says, “there are a lot of good people and opportunities out there and we need to be proactive in finding them.”

Sudeshna is hopeful for the future of Indian Science, especially for students coming from the NE. She feels that while there are still gaps in the systems (better curricula and teaching methodologies are needed), she can see some progress being made. She feels the system needs to work on its flexibility to adapt to new things. “We need to stop being stuck in the past and limit students to textbooks written decades ago.”  She also believes there is a need to move beyond marks and scores as judgement criteria.

She says, “These changes will take time, but as long as we are on the path ahead, the future of Indian science is in good hands!”

This article is a part of the series People of North-East India.

Acknowledgements: SciRio thanks Dr Sudeshna Boro Saikia for allowing us to use the images in the piece. 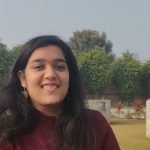 Misha Gupta is a 1st year Ph.D. candidate at the Harvard University with a deep interest in science outreach and communication. She is always on the lookout for more opportunities in these!

A Primer on Electric Vehicle Technology