Since the outbreak of coronavirus, the world as a whole was introduced to the versatility of viruses and their immense ability to adapt and spread. The infectious agents afflict humans, animals and plants, but do they have other victims too?

Newspapers headlines screaming “Vitamin-D consumption might help fight Coronavirus” or “20 immunity boosters to keep you safe during the pandemic” have become commonplace these days. Medicine has come a long way since the dark ages, but humans are still at risk from microscopic agents of diseases. We heavily rely on our immune system to combat such external attacks.

Specialised immunity cells in our blood store memories of old infections. If the same infective agents are encountered again, these cells launch a stronger defensive response. This form of immunity is called adaptive or acquired immunity. When our immune cells are unable to retain infection-related information for sustained periods, people tend to get infected repeatedly.

Humans are routinely affected by fungi, bacteria and viruses. Though there are some hurdles in combating bacterial and fungal infections, viral infections are particularly difficult to manage as observed in the current pandemic. Certain viruses are deadly to humans and some lead to monetary losses if livestock and crops are affected. An interesting finding in the 1900s showed that even bacteria weren’t exempted from the viral menace. Frederick Twort, an English bacteriologist, noted the presence of glassy, transparent materials that could only be seen in the presence of bacteria. This was a gateway to the discovery of bacteriophages. More information on which can be found here. Bacteriophages are viruses that prey exclusively on bacteria! Initially, it was believed that rudimentary defence systems in bacteria staved off viral attacks. A serendipitous discovery showed that there was much more to the story.

A team of Japanese scientists in 1987 accidentally discovered a set of strange repetitive DNA. These weird DNA were found in the genome of Escherichia coli, a bacteria known to cause food poisoning. The team reported this discovery in passing and didn’t pursue further investigations. A technological renaissance in the field of genomics firmly pushed the weird repetitive DNA segments into the spotlight. Researchers tracked their strange presence in multiple bacteria and also noticed a set of proteins accompanying these DNA clusters.

Streptococcus thermophilus, a bacterium used to produce cheese and yoghurt, also showed the presence of the mysterious DNA repeats. Viral outbreaks in bacterial populations would lead to the spoilage of dairy items resulting in monetary losses. It was noticed that S. thermophilus possessing these intriguing DNA clusters were more likely to survive viral attacks. Upon closer inspection, scientists found fragments of viral DNA in-between the repetitive bacterial DNA segments! This indicated the possible existence of both an infection memory database and an unknown defence system in bacteria.

Scientists named the DNA clusters as CRISPR, short for Clustered Regularly Interspaced Short Palindromic Repeats. It was established that CRISPR conferred bacteria an immunity that could store information about previous viral infections. This bore resemblance to the adaptive immune system in humans! The presence of such an advanced form of immunity in single-celled organisms flabbergasted researchers. This resulted in a flurry of investigations to understand the quirky immunity.

The CRISPR immune system is made up of two facets: a group of proteins and an array of DNA. The CRISPR associated proteins or Cas proteins perform various functions. They destroy invading viruses,  collect their genetic information and subsequently store it for future reference. Each bit of new viral information, called spacers, is imprinted inside the bacterial genome as a memory. The storage space for this memory is provided in-between repeats, the recurrent bacterial DNA segments.

During the initial viral attack, the bacterium typically dispatches Cas1 and Cas2 proteins. These proteins collect information from the invading virus and update the CRISPR memory repository. If the bacterium survives the first attack and encounters the same virus again, it scans its repository to identify the virus. Once the culprit is verified, the Cas9 protein accompanied by a guide is swiftly sent to mitigate the damage. The guide is an RNA strand, termed crispr RNA or crRNA. It is derived from spacers and contains information essential for identifying the virus. The crRNA attaches itself to a matching region on the invading virus’ genetic material. Once bound, it acts as a beacon for Cas9, which swoops in and cuts the viral DNA at specific locations, thus neutralising the attack.

This powerhouse immune system is unique to different bacteria. This is primarily due to variations in the set of proteins facilitating the immune response. For example, in some bacteria, it is Cas9 that orchestrates the seek-and-destroy function whereas, in others, this action is performed by other Cas proteins. Cas9, one of the best-studied CRISPR proteins, can specifically target and make cuts on viral DNA. Scientists hijacked this potential of Cas9 by tweaking the guide RNA to match any DNA target. This led to the formulation of a Cas9-based technology that could rewrite genetic codes.

Experts have proclaimed that editing tools based on CRISPR-Cas9 hold the potential to improve crops, detect diseases, develop cures and more! Our next story delves into the world of genetic engineering which has found its golden goose in the CRISPR-Cas9 editor. Tune in to find out more about this novel technology and understand how it revolutionised biological research.

This article is a part of the series — The CRISPR Saga: How Bacteria equipped Humans to Transform the World 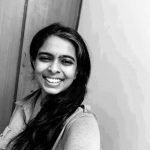 I am pursuing my PhD in the field of molecular biology at the Department of Biosciences and Bioengineering (BSBE) of the Indian Institute of Technology, Guwahati (IIT-G). As an aspiring science writer, I wish to hone my craft to make science more accessible to the general population. I aim to inculcate within young minds the thirst to keep learning about new things. We live in an era where science and technology dominate and yet there is a huge knowledge gap when it comes to understanding the scientific research being conducted within laboratories. I wish to bridge this gap and inspire one and all to actively engage in discourses about research occurring within and outside India. When I am not wearing the hat of a researcher or a novice science communicator, I binge on novels, food and Netflix comedies, and make efforts to learn new mediums of art.