It’s amazing how dynamically our brain processes and dictates our mood and behaviour. Especially intriguing are disorders like depression where the mood is affected. After decades of research on human behaviour and related disorders, we still don’t have all the answers.

To put it very simply, the mood is the temporary state of mind of an individual and behaviour is how one conducts oneself. It’s implicit that mood and behaviour are connected, oftentimes, our mood dictates our behaviour. The brain regulates mood by an interplay of numerous factors. An important part of these are neurotransmitters, chemicals that brain cells use to communicate with each other.

A change in the relative levels of neurotransmitters can alter the mood. There is a convention on how the levels would change in response to a particular activity. For instance, a happy or satisfying activity like meeting friends or having tasty food would increase the level of neurotransmitters like ‘serotonin’ and ‘dopamine’ in certain regions of the brain, which leads to a positive or good mood. Low levels of serotonin and dopamine are often associated with a negative or bad mood. There are many other neurotransmitters in the brain and a dynamic interplay among all of them partly dictates the mood. There are other aspects of mood regulation too which will be touched upon further in the series.

Sometimes, there are cases where even one’s favourite activity like eating ice cream would fail to trigger the release of the happy neurotransmitters and other changes in the brain that put one in a good mood. This is a typical feature of a class of neuropsychiatric disorders called mood disorders.

Mood Disorders: a cause for concern

An individual is said to have a mood disorder when their mood and emotional state are disconnected from their environment. This affects their motivation and behaviour, significantly interfering with the quality of life. There are several types of mood disorders, but the most prevalent ones are major depressive disorder (MDD) and bipolar disorder (BPD).

MDD typically involves a state of extreme negative mood, characterised by a lack of motivation and an inability to feel pleasure. While an individual with BPD alters between periods of extreme negative mood (depression) and extreme positive mood (mania). Mood disorders also present with other features like compromised memory and cognition; changes in sleep pattern, appetite, etc. Closely associated with mood disorders are anxiety disorders, which involve extreme fear and worry. Most people with mood disorders also show some features of anxiety and vice-versa.

These disorders have a high prevalence across the globe. According to a study, in India, as of 2017, 3.3% of adults had depressive disorders, 0.6% had bipolar disorder and 3.3% had anxiety disorders. Considering India’s huge population and the fact that most surveys don’t cover the entire population, the numbers are extremely high.

How do you treat them?

Despite years of intensive research, there has not been significant success in developing therapies for mood and anxiety disorders. The treatment strategy usually includes a combination of medicines and psychotherapy or counselling. It’s hard to assess which medication would work for which individual, and often there are cases of relapse of the disease once the medication is discontinued. This makes these conditions particularly debilitating. The fact that it has been so difficult to find a cure for these diseases, means that we don’t understand them enough.

There’s definitely more to the story than the levels of a few chemicals in the brain. Do we know the whole story? Most likely not. These are complex disorders with several parts of the brain affected and the knowledge and understanding about them are evolving by the day! We shall delve a little deeper into the dynamic understanding in the upcoming articles.

This article is a part of the series — One Brain, Many Moods. Find the rest of the articles from this series here.

This article has been edited post-publication. Last updated on 02/01/2021. 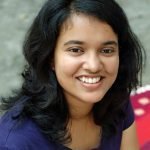 I am a PhD student with Dr Arvind Kumar at the CSIR-Centre for Cellular and Molecular Biology (CCMB), Hyderabad. My research is at the interface of neurobiology and epigenetics. I work on depression using mouse models and investigate factors that change in the brain in depression-like conditions. My two great loves are neuroscience and science communication. I also advocate the importance of mental health and LGBTQ+ rights and wish to see the taboos surrounding these matters lifted.

Antibiotic Resistance: The War We are Losing