As we have seen in the previous article of this series, the Cadmium Zinc Telluride Imager detects X-ray photons that have energy in the range of about 20 to about 100 kiloelectronvolts, or keV. However, scientists are always looking at extending the capabilities of space instruments to get the most bang for their buck.

In one such study, scientists attempted to increase the number of photons they could detect with the instrument, going beyond the limitation of 20 to 100 keV. They found two potential ways they could do this.

The first one was to use something called ‘Compton event’. When a photon interacts with a charged particle like an electron, the photon undergoes scattering. If the photon’s energy decreases during such an interaction, the interaction is called a ‘Compton event’. As the CZT detectors are 5 mm thick, they detect Compton interactions beyond 100 keV. In the paper, the scientists claim that they could extend the energy range of CZTI up to 380 keV by including Compton events in their data. However, queries to the corresponding author about the relation between the thickness of detectors and the energy range for which they work best yielded no response at the time of writing this article.

The second method was to use the ‘low-gain’ pixels. Before CZTI’s launch, the scientists calibrated it. Pixels in detectors have a characteristic called ‘gain’, a ratio of the number of electrons to the number of ‘counts’ or digital units recorded by the pixel. A gain of three means for every three electrons recorded by a pixel, the digital count will increase by one.

But one would wonder why specific pixels’ gains get lowered? Tanmoy Chattopadhyay, currently a Research Scientist at the Kavli Institute for Particle Astrophysics and Cosmology (KIPAC) at Stanford University, and the lead author of this study, says, “No one really knows the answer! One way, suggested by Orbotech, the manufacturers of the CZT detectors used in CZTI, is that moisture crept into the CZT crystal… But [there is] no way to verify this!”

One would think those pixels would be rendered useless. However, scientists are always looking to extract the most scientific output out of whatever resources they have at hand. So, the scientists from PRL, IUCAA, TIFR, and IIT-Bombay devised a way to utilize even these low-gain pixels. First, they measured the shift in their gains from ground-calibrated values. While a standard pixel measures the photon’s energy as expected, a low-gain pixel records its energy to be lower than its expected value. Thus, it effectively gives the scientists a way to detect higher energies, even beyond the normal operating range of CZTI. By including data measured by these low-gain pixels, the scientists attempted to stretch the energy range of CZTI further to 500 keV.

The Crab nebula is a well-studied astronomical source. Astronomers have observed it over the years with a range of other telescopes because it is the brightest persistent source in the sky at X-ray energy levels above 30 keV. To determine if including Compton events and low-gain pixels makes CZTI more sensitive in the 100-500 keV energy range, scientists tested their techniques by observing the Crab nebula. They compared the results with those obtained by another space telescope called INTErnational Gamma-Ray Astrophysics Laboratory or the INTEGRAL, a European Space Agency space telescope to study gamma rays launched in 2002. They found the flux measured by CZTI agrees with that measured by the spectrometer in INTEGRAL.

By comparing the parameters of Crab nebula at higher energies, the scientists proved that including Compton event data and low-gain pixels does indeed make CZTI more sensitive in the energy range beyond its normal range, that is, from 100 to 500 keV. Thus, they got the most bang for their buck by using seemingly non-productive pixels to extend the energy range in which CZTI operates. 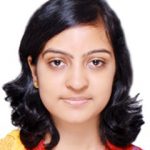