We turn on a tap and water starts flowing out of it, as much as and anytime we require. A world without water is inconceivable. It is quite easy to forget the value of something when abundantly available, all the time. Seven out of ten people on Earth can count on having a running water supply in their households. At least, so they think! The reality, however, is much more staggering. Water scarcity was listed as ‘one of the largest global risks’ in terms of potential impact over the next decade by the World Economic Forum in 2019.

How did we deplete our planet with one of the most valuable assets? Water is perceived to be an infinite resource. It encompasses almost 70 per cent of our planet. How can we ever run out of it? Here’s the answer – from all of the water on Earth, humankind relies on a very small amount of it, roughly 1 per cent.

The highest volume of water is used for agriculture and plantation. Our population has more than doubled over the last 50 years. This has steered a continual rise in demand for food. A third of major crops devour groundwater, a natural reserve, which takes years to accumulate. Climate change is another substantial factor and might even be the centrepiece of the puzzle. “Climate change” does not necessarily refer to the warming up of the entire planet. Rather, it indicates devastating alterations in weather patterns. It is significantly transforming the water cycle. Summers are getting unbearable with temperatures rising every year. This elevates the rate of evaporation of water which drops back down as heavy rains. This heightens the risks of flooding. Of all major disasters in the world between 1995 and 2015, 90 per cent were weather-related events such as floods, storms, heatwaves, and droughts. Clouds are moving away from the equator toward the poles, due to a climate-change driven phenomenon called ‘Hadley Cell Expansion’. This deprives equatorial regions like sub-Saharan Africa, the Middle East and Central America of life-giving rainwater.

Cape Town was one of the first cities to experience water scarcity in a 3-year long drought beginning in 2015. There were first mentions of plans for “Day Zero”, a shorthand reference for the day when the water source supplying the city fell drastically. Municipal water supplies were switched off and residents had to queue for their daily ration of water. Cape Town, however, is just the tip of the iceberg. São Paulo, a megacity of 20 million, faced its Day Zero in 2015. The city exterminated its water supply for 12 hours a day, compelling many businesses and industries to shut down. In 2008, Barcelona, Spain, had to import tankers full of freshwater from France. Droughts have also become more frequent, more severe, and affecting more people around the world. Many other cities like Bangalore, Beijing, Jakarta, Moscow, Istanbul, London, Cairo, Tokyo, Mexico City, Miami are all facing threats of severe drinking-water shortages and are bound to face their Day Zero in the next few decades.

Access to fresh water is a human right, but in many parts of the world, it is now perceived as a privilege. Sooner than later, this right that many of us relish heedlessly, could turn into a privilege, if requisite measures are not taken.

Any environmental hazard is indeed a social issue. In the following article of this series, I will present the big divide between access to water due to climatic, geographic, and political factors. I will further dive deeper into the way water is consumed in agriculture and industries, which utilizes almost 92 per cent of all the freshwater. I will also decipher some overlooked terms like ‘virtual water’ and ‘environmental injustice’.

This article is a part of the series, Global Water Crisis. 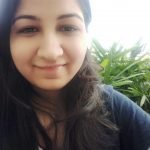 Himani Arora is a final year Master's student at Banaras Hindu University at the Department of Zoology, India. She aspires to be a Science Communicator. Along with her academics, she has gained good experience in this field. She writes science articles, makes visuals, creates science animated videos and also draws science comics. Her work has been published on several online platforms.

An ecologist talks about trees of the Andamans