Charting the development of Electric Vehicles, and why they need to take over transportation today.

In the opening article of this series on electric vehicles, we looked under the hood to understand what electric vehicles are. Now we journey through the last two centuries, gazing at different models of electric vehicles. But it is only in the current global crisis that we truly appreciate their potential.

The Beginning of EVs

The electric car has its origins in inventors’ workshops and university research, as early as the 1820s. Despite being older than the “conventional” gasoline car, we understood its positive influence only after a century-long pursuit of cheap gasoline. In the early 19th century, people invented carriages with electric motors and non-rechargeable batteries that could carry a small load or a single person for a limited distance. They were an exploration of upcoming technology, not a mature product available widely to all. But the value of electric automobiles was a utopian fancy that caught every inventor and businessperson who recognized the value of non-polluting, efficient mobility.

By the 1850s, rechargeable batteries became a reality in the form of lead-acid batteries, and pre-modern electric cars began taking shape. It started with the invention of much larger electric vehicles – electric locomotives. The Scottish chemist Robert Davidson built an electric railway engine of sorts, which could haul over six tonnes at a speed of 6.4 kilometres an hour. The catch was that it could cover only 2.4 kilometres. Yet, this and other such improvements to locomotive technology were seen as a threat by those who worked with coal and diesel locomotives. As with any new disruptive technology, some employees feared for their jobs.

There are many competing accounts of who may have invented the “first” electric car. In this pantheon are Gustave Trouvé (an electric tricycle fitted with lead-acid batteries, 1880), William Morrison (an electric carriage in 1887-90), Thomas Parker (electrified the London Underground and several tramways, and created the first production electric car, 1884), and Andreas Flocken (the Flocken Electrowagen, 1888). These early vehicles were at best simple improvements to the horse-drawn carriage.

Around the same time lived a key historical figure, an inventor and businessman who would come to change the face of the automobile for the next hundred years – Karl Benz. In 1885, he invented and “mass”-produced several copies of the world’s first gasoline-driven long-distance automobile. His wife, Bertha Benz, demonstrated its power to the world when she took a return trip between Mannheim and Pforzheim in Germany. The age of the horseless carriage had effectively begun.

In the following years, electric vehicles became relegated to new niches. Mass transportation, such as railways, trams, and industrial transportation benefited from early electrification technology because business models using electric vehicles were only viable in these contexts. The reduced focus on electrification of cars resulted from the search for gasoline fuels and alternatives becoming a global phenomenon, by way of which gasoline-powered vehicles became cheaper and more effective at solving people’s problems with a low driving range rather quickly. The world adopted gasoline cars and welcomed them in large droves into cities.

In the 20th century

Meanwhile, electric automobiles were progressing slowly. Many early land-speed records were created using electric vehicles, but this meant little for the average consumer. The technology for batteries was improving rather languidly because the market did not “need” an alternative to gasoline. There was no consumer pressure, and there was no climate pressure. Or at least the climate pressure was not well understood at the time. At the end of the day, the electric cars of the early 20th century were just not good enough for ownership – they were costlier by a factor of three, time to recharge was high, and they did not go long distances.

In the latter half of the 1900s, some global events precipitated into a renewed focus on electric and hybrid electric vehicle technology. The Arab Oil Embargo sent oil prices soaring, and the US government, among others, strengthened research programs on batteries and electric powertrains. But as the oil fiasco died down, so did the interest in EV technology. By the 1990s, the nature of the market remained well oriented towards gasoline cars. Automakers experimented with electric vehicles by converting their existing gasoline models to electric. General Motors went one step further, developing a dedicated platform for a new car called the EV1. The fibre-bodied EV1 became a cult following, but unfortunately, GM was never able to commercialize it given its high costs.

All Manufacturers Aim for EVs

It was only by the start of the 21st century that electric vehicles came into the limelight. Toyota launched the hybrid-electric Prius worldwide in 2000, and Nissan launched the Leaf. Both vehicles became hits among the environmentally conscious populace, but they were by no means mass-market cars. Around 2003, Martin Eberhard and Marc Tarpenning co-founded an electric sports car company. The vehicle perked ears worldwide with its astounding driving range of over 240 kilometres and powerful driving capabilities. By 2007 though, the company – Tesla Motors – had undergone an almost complete overhaul under new leadership (Elon Musk) and was primed to become a major player in the automotive industry.

Other major manufacturers also focussed their efforts on ground-up development of their electric vehicles, resulting in the BMWi division that gave us the phenomenally designed BMW i8 and then the excellently engineered BMW i3. Volkswagen, Nissan, Kia, Chevrolet, and many others started launching electric cars that were intended for the regular consumer.

As of January 2021, major manufacturers across the world are  now working on, or have launched an electric vehicle line-up. Tesla, which does around $24 billion in revenue by selling its cars, is now the world’s most valuable carmaker, with a valuation of over $700 billion. Some experts say that the valuation is inflated because of a lack of accounting for competition. Nevertheless, Tesla’s success is a metaphor for the global spotlight on electric vehicles. The next twenty years will are sure to be exciting for the field.

The Next Paradigm Shift

As with gasoline cars, the next paradigm shift will have to be in infrastructure. We are fighting a losing battle against climate change, to which the transportation industry is a major contributor. If there are inherent technological limits to battery technology that can be offered cheaply within the next decade, then it is a matter of well-designed infrastructure to make the most of what is available to us.

It matters if we can have a majority of the general population be an active user of electric vehicles. It is also important to realize that people don’t need to be owners to be users. The world is seeing innovative models of shared transportation that benefit greatly from the use of electric cars. Beyond the next decade, if we are still not able to curb emissions and other climate change contributors, then we might face a point of no return. Thus, the push for electric vehicle technology, in the form of batteries, recycling, infrastructure, and alternative fuels such as hydrogen, will be a definitive move for our safe future.

In the next and final part in this series, we will see how electric vehicles fit into the larger discussion around sustainable mobility practices. Making our bikes, cars, and buses more fuel-efficient is only part of the story because electric vehicles do not mean zero “net” emissions. There is immense scope for improving transportation practices at the macro and micro level. Sustainability is down to our own choices and behaviour. It is yet to be seen how science will mould mobility choices to be more environmentally conscious while serving our fundamental needs. 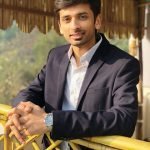 Sarang Deshpande is an engineer, founder [Flow Mobility; Cambio Motion], and writer. Besides spending time solving challenges in the urban mobility domain, he writes about cutting edge research across industries (science, tech, business) in his publication, World in Mind https://medium.com/world-in-mind.

My hands are shaking, do I have Parkinson’s disease?