Newborn screening is an integral part of neonatal care in the US, Europe, and many other countries across the world while is not routinely done in mainstream health care in India. Based on the prevalence of conditions and available resources the list of conditions for which the screening is done differs among and sometimes within countries, however testing for phenylketonuria (PKU) and hypothyroidism is universal in the developed world.

In India, an estimated 26 million babies are born every year, 1 in every thousand present with Inborn Errors of Metabolism (IEM). 5 to 15% of the newborn sick babies have metabolic disorders, disorders like congenital hypothyroidism if not diagnosed early can lead to mental retardation. Several studies from Chandigarh, Andhra Pradesh indicate a high incidence of metabolic disorders like congenital adrenal hyperplasia (CAH), congenital hypothyroidism (CH), G-6-PD deficiency (G-6-PDD) in Indian population. Dr Meenakshi Bhat, a genetic counsellor briefs us on the history of when and how newborn screening came about to be in India.

Long after the first pilot test for newborn screening by the Indian Council of Medical Research (ICMR) was done in 1991 and analysed, the Ministry of Health and Family Welfare launched Rashtriya Bal Swasthya Karyakram (RBSK) in 2005 with an intention to screen all children from birth to 18 years of age for congenital disorders and developmental delays which unfortunately has still not been successfully implemented. In 2007, ICMR organized a multicentric prospective study to evaluate the feasibility of newborn screening for different geo-ethnic regions and ascertain incidences of selected Inborn Metabolic Errors (IEM) for newborn screening.

The multicentric task force (NTF-IMD) created by ICMR developed a common protocol for the implementation of comprehensive screening, management, treatment of affected newborns, counselling, high-risk screening in newborn, quality assurance program,  development of tools for advocacy across 5 regional centres in India. The project screened for 100,000 newborns and established the incidence of CH and CAH is high in the Indian population. The study concluded with the list of potential conditions for neonatal screening, including hearing loss, congenital hypothyroidism, congenital adrenal hyperplasia (CAH) and glucose-6-phosphate dehydrogenase (G6PD) deficiency.  The journey of newborn screening in India has been progressive. To develop a universal screening for Indian population a practical approach to categorize the patients is also proposed.

Health is designated as a state subject. The set of tests to be done is decided by the state.

Implementation of a scheme for newborn screening in India is quite challenging as there is a high birth rate among which a high proportion of deliveries done at homes. An additional challenge is the small pool of trained paediatricians and geneticists who know and understand the significance of newborn screening. Newborn screening is not just screening for a set of disorders but a program that involves education of parents, health care professionals, testing, follow-up of abnormal results, confirmation of diagnosis, case management, and program evaluation. A number of hospitals and few state governments are trying out their hands in screening newborns across India. Listen to Dr Meenakshi Bhat talk about success stories of hospitals and states that have started newborn screening in India.

Establishment of Public-Private Partnership (PPP) programs is necessary to make the scheme economical. Universal newborn screening was listed as one of the top 10 great public health achievements by the Centre for Disease Control and Prevention (CDCP). The Infant Mortality Rate (IMR) in India is 40 while WHO recommends genetic screening for countries with an IMR less than 50. In the absence of national policies, there is an urgent need to implement RBSK by the central government which can be in the form of Public-Private Partnerships while simultaneously having awareness programs for the medical fraternity and the public itself.

Dr Charitha is a scientist trained Cell and Molecular Biology during her doctoral work at the Centre for DNA Fingerprinting and Diagnostics (CDFD), Hyderabad and post-doctoral work at the Jawaharlal Nehru Centre for Advanced Scientific Research (JNCASR), Bengaluru. She is at present associated with Narayana Hrudayalaya as a research scientist focussing on developing in vitro model systems in oral cancer that may provide a bridging platform to extrapolate preclinical data to human conditions. In parallel, she is also involved in a team who are on the lookout for novel biomarkers that have the potential to classify at-risk patients into various categories to prevent type 2 diabetes. 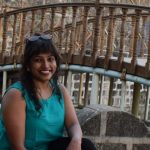 Do you Follow-up your Heart Condition with your Doctor?

The Standard Set of Disorders included in Newborn screening