Khundrakpam Herojit Singh has all the qualifications and achievements to pursue his postdoctoral research abroad. But he moved back to his hometown because of family responsibilities. He now feels his duties extend beyond his kin and wants to give back to society.

This is his story.

Herojit struggled for 6 months to complete what was a week’s chore during his PhD. He was trying to change a circular gene by inserting another short gene, a process known as cloning. What was causing this delay? His geographical location. New Delhi—was where he was quick with cloning. At Imphal—the capital of Manipur, a state in the North East of India that Herojit introduces as “Assam ke bagal mein” (next to Assam) to the ignorant—he finally resorted to outsourcing the task.

“Infrastructure”—pat comes his reply when I ask him the biggest difference between the two places. His laboratory at Manipur University doesn’t have a -80°C ultra-cold freezer, the lifeline of most biology labs. He has to store the cells for experiments in a -20°C freezer, where they last only for a couple of days (since the temperatures are negative, -80°C is much colder than -20°C). If the -20°C freezer maintains the temperature, that is! Power cuts are common, with inadequate power backup available. However, he speaks highly of his mentor at Manipur University, Hamidur Rahman who is trying to procure funding and infrastructure for the lab.

For someone who has worked at world-class research facilities such as the European Synchrotron Radiation Facility, work impediments are naturally frustrating.  But Herojit, for the optimist he is, is resolute to change the situation in his home state. “If I can help 25 people in my life to achieve their dreams, I will be happy.”

He has become a mentor to many undergraduates at Manipur University. “I might mentor them in the right direction, but other issues need to be addressed first.” Many students cannot finance their higher education even with correct mentoring. For this, he is working to develop a sustainable job market through regional start-ups. The entrepreneurial seed was sown when he heard a talk by Shekhar Mande, Director General – Council of Scientific and Industrial Research (DG-CSIR) at Manipur University, encouraging entrepreneurship.

He set out to look for low-cost entrepreneurial opportunities. For this, he collaborated with the CSIR and organised a training workshop in October 2019 as a part of the  “CSIR – Harnessing Appropriate Rural Interventions and Technologies” (CSIR-HARIT) Programme. This programme focuses on bringing about socio-economic development in rural areas. A team from the Central Leather Research Institute (CLRI) instructed the two-week workshop and involved 25 local participants, out of whom 24 were women. Herojit was in charge of mobilising the candidates, providing the material and machines for the workshop. The workshop was a success, which Herojit credits to the location that he chose for the workshop- his house. He engaged with the participants and helped in translation. This was not the first workshop held in Manipur. People would come for the training and leave after chai-samosa (tea-snacks), with no one to coordinate thereafter. Herojit’s efforts have not ended with the workshop. He was in the process of acquiring resources and funding when the pandemic hit and halted his efforts.

Herojit hails from Ningthoukhong, a town 37 km south of Imphal. His town is famous for, he explains, “its freshwater lake, Loktak, the largest lake in the North East, with endangered species and eco-diversity.” The son of a school teacher, his first memory of school is sitting on jute bags to attend classes. Most of his schooling was at government-run Manipuri-medium schools.

Herojit’s primary focus since high school was to pursue a  professional degree. His secondary school Maths teacher, Mr Shitaljit, got him interested in engineering.  Encouraged by his teachers, he attempted the Science and Maths examination in English. He hoped this would fetch him better marks, owing to the prevalent bias against regional languages in the state board exams.  But as fate would have had it, a delay in rectifying a mistake in the twelfth-grade Mathematics exam’s result meant an end to his dream. Herojit failed the exam. Despite securing a good rank in the entrance exam, he was forced to abandon engineering as a career option due to the pre-requisites. Herojit did pass the exam after re-checking, but he had set sail to different shores by then. Herojit’s career, thus, took a sharp turn. He could go to Bombay College of Pharmacy. But the high cost of living in Bombay and his family’s financial situation compelled him to take admission elsewhere.

He graduated with a Bachelor’s in Pharmacy from Government College of Pharmacy (GCOP) in Amravati, Maharashtra, where he was the only non-Marathi speaking student in a class of 62 students. Since most lectures were in Marathi, he often dozed off. For his Master’s program, he studied at Dibrugarh University in Assam, the only university that offered an M Pharm degree in the North East, at the time. He paid a handsome fee for his Master’s degree. But he doesn’t regret it. He got to learn a lot during his stay there, with access to excellent research and library facilities. And most importantly, he was closer to home. Manipur, till date, has no railway lines connecting with mainland India, with the earliest date of connectivity promised in 2023.

In 2010, he landed his first job at a pharmaceutical company in Bangalore. His degree had translated into a job, just like he always aspired. Yet something was amiss and he yearned to understand the basics of drug discovery. His curiosity got the better of him and he left his job to pursue a PhD. After multiple rigorous rounds of shortlisting, he was selected at the National Institute of Immunology, Delhi, India. He joined a structural biology lab, the closest he could get to pursuing questions in drug discovery. He mainly worked on understanding the role of two hydrolases from the bacteria that cause tuberculosis. Hydrolases are proteins that use water to break a chemical bond, which results in splitting of one large molecule into two smaller parts. He showed that one of the hydrolases helps bacteria survive inside humans under low oxygen conditions.

Most of his compatriots pursued postdoctoral research abroad after PhD. His academic record would have fetched him a postdoc abroad, but he applied to the DBT-RA program. His family needed him. He joined Manipur University, where he worked on mammalian peroxiredoxins (Prdxs) and their interacting factors. Prdxs are a group of antioxidant enzymes. These proteins help reduce unstable molecules known as reactive oxygen species (ROS). If left unchecked in a cell, ROS may cause damage to DNA, RNA, and proteins, and may cause cell death.

“Someday, I want to pursue research for a couple of years at a foreign research institute that focuses on drug discovery.”

This research scientist credits yoga and meditation to help him stay grounded. A lisper as a young boy, he started practising meditation to control his stammer. This helped calm his anger as well and improve his focus.

When asked what advice he would give a young, aspiring Manipuri scientist, he said, “The research environment is discouraging. Stand up for yourself. Your will power will be tested, but you need to be focussed.” He wants more young Manipuris to work to conserve the natural resources of the state. He knows that the Himalayan terrain and limited transportation in the state can be deterrents in pursuing one’s goal. But they have no choice but to fight against the odds.

“No one will help us if we don’t help ourselves!” he quips when asked for the last remark.

Acknowledgements: SciRio thanks Herojit for sharing the above images with Nazia (guest author) and allowing us to publish them with this piece. 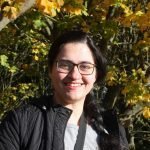 I am an Indian researcher on-a-break from bench work. I completed my PhD from the National Institute of Immunology in 2014 and have worked as a postdoctoral Humboldt Fellow in Germany for 2 years, and then moved to the UK, where I was a Visiting Research Fellow for a year.

I am venturing into the field of science writing and am also freelance copy-editor. I tweet @NaziaPCL, scribble at Surviving Academia and act like a professional on LinkedIn.