Sapiens have long pursued knowledge of what they observed in the sky. Astronomy has made us feel at home in this vast universe. But in the middle of conflicts that are threatening to break us apart, we have little time to remind ourselves how insignificant we are in the grand scheme of things. Sonal Thorve has made it her life’s goal to communicate the wonders of the universe to the lay audience. On the way, she has touched upon the lives of many.

While pursuing her bachelor’s in physics, around 2004, Sonal joined an amateur astronomy club. The club conducted astronomy sessions open for the public over several weeks in and around Pune, her hometown. The club’s audience consisted of college students and many enthusiastic adults and kids. During her involvement with the club’s work, Sonal realised her love for talking about the universe and communicating our knowledge about it to those who do not have first-hand access to it.

The club members went hunting for sites with little light pollution suitable for the sessions. “Earlier, areas close to the city used to be clear, but these days they have become polluted due to the industry,” she said.

During special astronomical events like eclipses and transits, the club held special events for observing the events and spreading knowledge regarding the science behind them. The club members visited schools and took special classes for kids after their Saturday half-day classes. “Our common love united all of us volunteers for astronomy,” said Sonal.

After college, Sonal joined the corporate workforce. “However, I never stopped communicating science,” she said. In 2014, she became aware that the Inter-University Centre for Astronomy and Astrophysics (IUCAA), located in Pune, was looking to hire a project assistant for science outreach.

Sonal was one of the outreach team members at IUCAA from 2014 till earlier this year, and she loves her job. She has travelled across states in India and communicated the science of astronomical objects. The joy she finds on the faces of kids and their teachers is probably the reason for the excitement she had while we spoke.

Besides Maharashtra, Sonal and her colleagues visited Jharkhand, Delhi, Daman & Diu, Kerala, Tamil Nadu, Puducherry, and Telangana to conduct astronomy workshops. They encountered the same level of encouragement wherever they visited, she said. Although her knowledge of Marathi (her mother tongue) and Hindi has helped her, language has never been a barrier to her work. “We always found enthusiastic local volunteers. For example, in Hyderabad, graduate students translated our content to Telugu. Thankfully, we always came across volunteers, for instance, school teachers,” she said.

Sonal and her colleagues have always travelled with telescopes. Sometimes, these were small telescopes that could fit in a backpack. “With these, we can show the Moon in great detail,” she said. They carried bigger ones to show planets and astronomical objects at other times.

When Sonal’s team visited remote villages, the teachers themselves saw the telescopes for the first time. “In many places, people who have only learnt about telescopes in schools, or even teachers who have taught about it in schools, used to get excited and overwhelmed even with the glance at the Moon or Saturn’s rings or Jupiter’s moons,” said Sonal. “Some enthusiasts had their own telescopes, but they did not know how to use them. So we used to train the resource people from those colleges or schools to use it.”

Sonal and her colleagues painstakingly explained the telescope’s functioning to the village’s residents and invited them to take a look through it. “Many people used to think it’s a gun! When we explained the details, they were so happy! And happiness is contagious,” she shared.

To counter the lack of experience with astronomy, Sonal conducted hands-on astronomy sessions during the workshops and night-sky observations. “As the enthusiasm of the audience was always very high, we answered their questions much after the sessions,” she said.

Sonal’s team also conducted teacher training sessions in different parts of the country. They taught the teachers to impart science knowledge to kids without having fancy teaching kits. They made experimental models depending on the teaching requirements so that the teachers could design the experiments at a low cost. They asked for the teachers’ inputs and made the sessions interactive. “The teachers would do things hands-on and have fun. They used to be back in their childhood! They told us that they forgot that they were teachers and principals!” said Sonal.

At IUCAA, Sonal’s team conducted weekly visits by the general public every Thursday. Recalling the high enthusiasm meter of the visitors, she told me that although officially the sessions were held between 4 to 5 PM, it always extended way beyond it, and there was no shortage of the visitors’ questions. Every Friday evening, the IUCAA group conducted night-sky observation sessions at IUCAA’s terrace, accommodating about 30–40 people, from sunset till about 10 PM.

The importance of astronomy outreach

Sonal described to me an incident that stuck with her. “When we went to the LIGO-India site at Hingoli, Maharashtra, the kids started shouting, ‘People from NASA have come.’ It’s clear that our people do not know about the scientific work being done at the Indian institutions. So, we must tell them about it,” she said.

The role of institutions is limited, feels Sonal. IUCAA, the National Centre for Radio Astrophysics (NCRA), situated next to IUCAA in Pune, and the Indian Institute of Science Education and Research (IISER)-Pune, reaches out to many schools in Maharashtra, she informed me. “However, a push from the government is needed. The role of institutions is to motivate. The government should bridge the structural gaps,” she recommended. “Each institution should have its outreach department. There should be outreach at least once in a while.”

The practice of astronomy is motivated by human curiosity. What difference does it make in a world ravaged by climate change, especially in a country like India with high inequities in income and quality of life? Sonal has wondered the same.

“Of course, astronomy is about human curiosity. However, there are other benefits of pursuing astronomy. For example, it helps us counter superstitions surrounding astronomical events like shooting stars, meteors, comets,” said Sonal. She has always tried to dispel myths and superstitions through her outreach efforts. “We should communicate the truth, and then people can choose science or superstition. Maybe people can come out of their fear of natural events,” she said.

Sonal promptly reminded me that the technology that we take for granted, like cameras and the GPS, came from the practice of observational astronomy. “We simply do not know whether something we are making is going to be useful in the future or not,” she said. Sonal makes sure that she communicates the interdisciplinary nature of astronomy and technology research. “I tell the people that technology and software can be developed while doing fundamental science in the pursuit of curiosity.”

Life as a science communicator

Life as a practising science communicator has not been smooth for Sonal. “When I was in college, there were very few girls. Our relatives used to comment on our choices, especially for those of us in observational astronomy, because it required us to be out at night,” she said. Reflecting on the struggle of convincing her loved ones of her choice of work, she added, “My parents and sibling used to be concerned earlier, but now they are cooperative and have started ignoring the naysayers.”

IUCAA’s outreach sessions always consisted of two to three people. “I was the only woman in the astronomy team,” she said. However, that was never a source of problem for Sonal, and she gratefully acknowledged the support of her colleagues.

Sonal thinks that parents’ mindsets regarding gender roles for their kids are changing for the better. “Generally, I come across progressive parents of kids and notice a general shift in attitude,” she said. “However, gender bias exists in remote corners of the state and the country,” she added.

For Sonal, the pandemic halted travelling to the country’s remote corners, forcing all her work to be online. “The online system is not fair for those who do not have access to it. Personally, it makes me very sad. Some NGOs are trying to bridge the gap, but the gap itself is too big,” she said. The pandemic has made her think about structural issues present in society, to which “no one has any permanent solution.”

This year, Sonal left IUCAA and joined as a technical officer at IISER-Pune, where her job involves communicating all science, not just astronomy. “I am always brainstorming and designing experiments for school students,” she said. However, it brings to light that governmental institutions are yet to officially recognise the immense contribution to science that science communicators like Sonal continue to make. “I think it is a bit odd, but I can’t help it.” 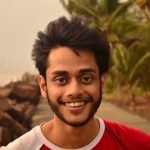 দেবদত্ত পাল। Debdutta Paul [he/him/his] is a science writer by day, science journalist by night, a scientist by weekend. He finds solace in mountains and jungles; is a jack of some trades; is bogged by nightmares — still dares to dream of better times. You can find links to his work here.

Morphing into an all-sky Monitor

Behind the Scenes with Suchitha Champak – SciComm Lite 1.0